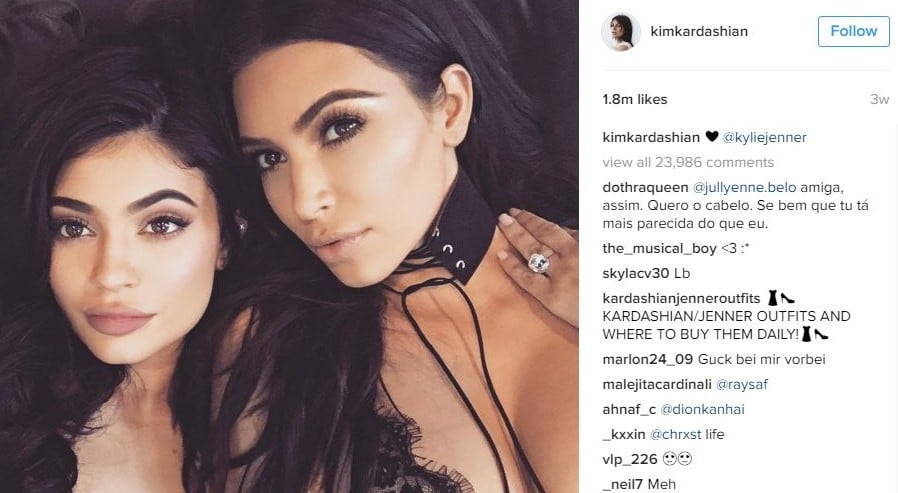 Unless you’ve been hiding under a rock for the past few years, you’ve seen the Federal Trade Commission take big brands and their agencies to task for not disclosing that influencers who were gushing over the brand’s products were actually paid to do so.

The New York Times reported this week that the Kardashians got into hot water with Truth in Advertising, a nonprofit dedicated to empowering consumers to protect themselves from false advertising and deceptive marketing.

#1 Not requiring disclosures by paid influencers

A Truth in Advertising investigation has “cataloged over 100 instances in which members of the Kardashian/Jenner family have created and published Instagram posts promoting various companies without clearly and conspicuously disclosing that they have a material connection with those companies or that the posts are ads, as is required by federal law.”

Paying influencers to promote your products is perfectly legal but what is illegal is not disclosing the paid relationship between the influencer and the brand.

This is not rocket science and this is not a new requirement for marketers/advertisers.

Even in traditional advertising, when brands pay a well-known celebrity to pitch their products in television or newspaper ads, they are required to disclose that the endorser was compensated for their efforts.

The medium may have changed but the law is still the same ie. do not mislead or dupe consumers.

“With consumer watchdog organizations also putting this issue into focus, the message is clear to brands, you must monitor your paid influencers and take steps to enforce proper disclosure of material relationships in any paid social advertising scenario,” says Ray Kruck, VP Business Development, Social Media Protection at Proofpoint.

It’s the brand and their agency’s responsibility to monitor the influencer posts once published to make sure all the disclosures in the form of a hashtag (#ad, #paid) or full-disclosure text have been included.

And it’s not enough to just ask the influencers to include disclosures, FTC requires the disclosures to be “clear and conspicuous”.

“Kylie Jenner changed a caption on an Instagram picture of a lavish mansion in Turks and Caicos from “Thanks for the birthday home, @airbnb” to “Thanks for the gift of a lovely birthday home, @airbnb.” After a lawyer for the sisters received an Aug. 17 letter from TruthinAdvertising.org, they also edited the captions on at least a dozen other Instagram photos and deleted others.”

In other words, influencers need to make it very clear to the consumers that they are being paid for their endorsement and not hide the nature of their relationship with these brands.

The FTC specifically called out Deutsch LA for asking its employees to use personal Twitter accounts to generate buzz about the gaming console without disclosing their affiliation with Sony. Even if they weren’t employees of the brands, there was a material connection that needed to be disclosed.

#3 Not having a compliance system to manage influencer engagements

According to Jeff John Roberts over at Fortune Magazine, in most instances, the FTC has focused on the brands and agencies while the influencers who accept compensation to promote products have mostly escaped unscathed.

With this recent focus on the Kardashians, that may be changing soon. FTC’s European counterpart, the Competition and Markets Authority (CMA) has already warned agencies as well as influencers to be more transparent about their endorsements.

And goes on to say, “The CMA has also written to 15 businesses, on whose behalf Social Chain acted, and the 43 social media personalities who published content for Social Chain to warn them that arranging or publishing advertising that is not clearly labeled may result in them breaching consumer protection law.”

Even if the influencers themselves aren’t held liable, they still own the responsibility for not deceiving their audience and that means full disclosure.

Here are 4 key steps for brands to make sure they are not sabotaging their influencer marketing efforts due to lack of governance and shoddy processes.

1. Require that influencers disclose their affiliation with the brand clearly and conspicuously.

2. Work with agencies and influencers who understand the ethical and legal requirements of influencer marketing.

3. Set up a governance policy with clear do’s and don’ts to make sure influencers and agencies understand they are responsible for disclosures.

4. Establish a monitoring system to make sure the influencers and agencies haven’t (unintentionally or otherwise) skipped any legal or ethical requirements.

If brands think ignoring the pesky and unglamorous details of compliance is worth the legal consequences, they should think again.

It’s smarter and more cost-effective to do the right thing in the first place than to pay massive fines and make headlines for trying to deceive consumers.

For more specific guidance, you can check out FTC guidance here.

Categories:Influencer Tech, New Site
Thanks for your interest in our "Diversity in AI Ethics" finder tool.